5 Open Source Platforms That Will Dominate 2015 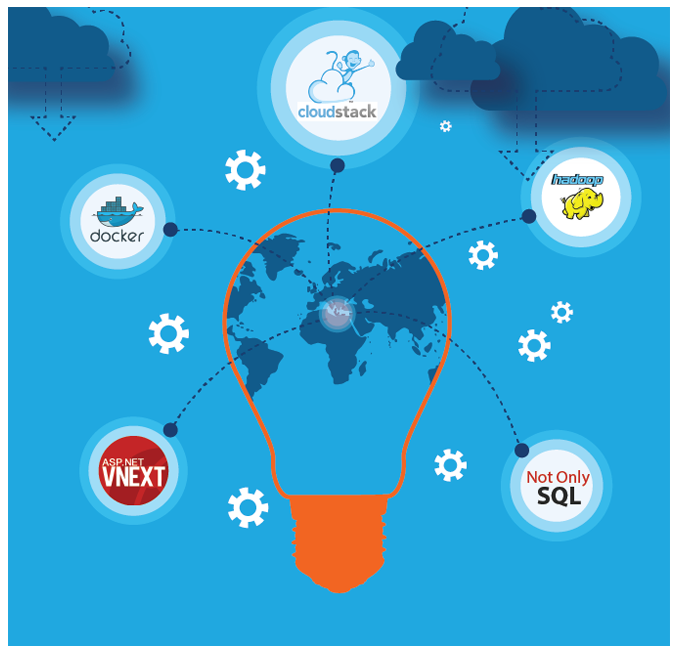 Microsoft is synonymous with proprietary products garnering market share and brickbats in equal measure. They now are trying the Open Source route for web-development since the world has moved to Cloud based services where there is less scope for major revenue from proprietary products and services.

Developers around the world are quite excited about Microsoft’s roadmap for open sourcing ASP.NET vNext, the next generation ASP.NET platform which

vNext will be released along with Microsoft Visual Studio 2015, however we can use any editor to write the programs and use free command line tools for compiling and building the application. The open source community is expected to leverage the open sourcing of ASP.NET vNext and come up with various IDE tools and enhancements of the product. This in turn will allow Microsoft to improve its market share into services offering open source solutions and increase its footprint thereby opening up more markets to sell its other related products.

With Cloud based applications becoming more sought after, there is demand for innovative cloud based technologies which are more efficient and economical. Cloud based applications are deployed in Virtual Servers or Hypervisor which is a computer software, hardware, firmware that creates and run Virtual machines. Applications are deployed in different Virtual Machines each with its own OS and framework thereby sharing of system resources and saving on hardware and space investment.

The newer Container Virtualization technology is still more efficient and economical in the sense that applications can be deployed on virtual containers which need not have its own OS thereby freeing up the storage and memory space required for OS. The containers run on single OS of the host machine and share the resources more efficiently.

Docker is the most popular container technology which is used by many open source vendors as well as promoted by proprietary vendors like Microsoft. It allows developers to build, deploy and run distributed applications packaged for development, QA and production environments seamlessly.

Cloud based services is the future and software products that dominate the cloud hosting market are quite few, they developed their technology faster than their competitors thereby capturing the markets in its nascent stage itself.

OpenStack has been the leader in the pack for sometime, CloudStack has steadily improved on its chances to become the underdog. This year could be the beginning for CloudStack to match upto OpenStack’s top position in the market share and create its own dominant space alongside OpenStack.

Major difference between the two is limited to architectural setup. As more and more services are demanded by vendors from cloud platforms, the complexities of cloud management increases and the architecture that proves itself flexible enough to handle these complexities will be most sought after. On these aspects, CloudStack hopes to depend on its more comprehensive architecture to pull it through.

BigData is something that is invaluable in the data space. With the amount of data growing to unimaginable levels, traditional systems found itself short of capability to handle the avalanche of data. This inspired technology specialists to focus on dedicated softwares that can store, process and analyze huge set of data, termed as BigData.

Apache Hadoop has for long dominated the BigData market and there is no clear competitor for it atleast in the near future. It enables parallel processing of huge amount of data in distributed environment on standard servers and can be scaled up seamlessly without limitations. Hadoop itself has become the standard among BigData players offering its users exhaustive meaning to their data.

Lot of third party vendors have introduced add-ins to leverage the power of Hadoop offering the widest choices of additional features that can greatly leverage their data processing and analytics including data storage, management, distributed clusters and synchronization.

NoSQL is not a new technology any longer, but it still maintains the excitement it created few years back. Companies are cautious about moving away from traditional relational database management system as they have the advantage of being tried and tested in the area of data storage and security. Newer companies and new projects are trying out NoSQL in a big way as more and more users vouche for the trust factor on performance of open source NoSQL databases. NoSQL is slowly chipping away the market share of Database leader Oracle so much that Oracle has come up with its own NoSQL and BigData products.

MongoDB is the leader in NoSQL market with other players signaling their intent on investing more time and money to improve their NoSQL products. Beginning this year, NoSQL database vendors are poised to come out with more evolved products that can handle the data on a big scale like what major RDBMS vendors can handle.

Some users don’t look at NoSQL as alternative to RDBMS, but have more effectively used a hybrid approach to use RDBMS and NoSQL to handle their data storage and analytics aspects. At the moment, this hybrid approach seems to be the best way to gain maximum throughput from data. 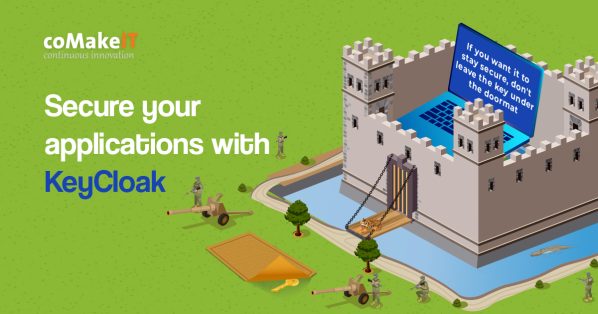