The prominence of Health Level Seven (HL7) in LIMS 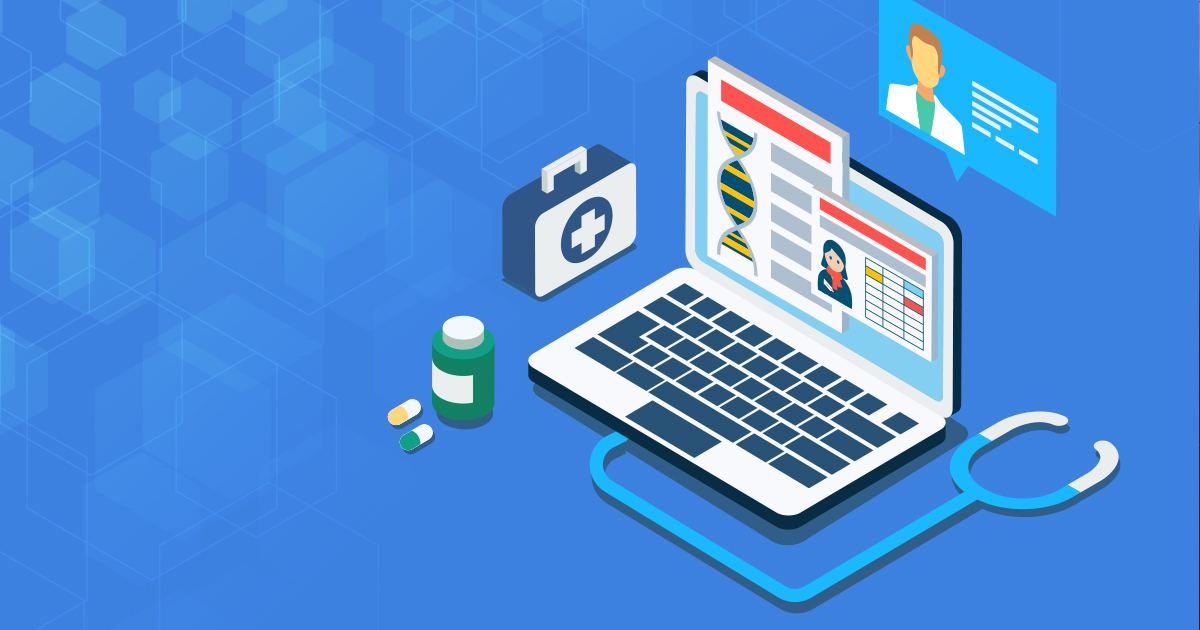 Healthcare Industry has seen massive digitization and standardization over the past years. With ever growing amount of patient related info, efficient storage, timely access, and security have now become top imperative features of any healthcare solution. A substantial amount of patient information is in the form of test results such as biochemistry, haematology, imaging, and pathology.

Healthcare industry possesses best in class medical equipment to provide accurate and timely reports of investigation and examination results. All the medical equipment available in the market is designed specifically to suit customized lab test requirements. The results are fed to a wide variety of devices. Most interfaces that aid in viewing the results are unclear and inefficient. Hospital Information Management System (HIMS) and Laboratory Information System (LIS) act as the backbone of the Healthcare Industry and help in better management and delivery of test results, thus reducing the Turnaround time (TAT). 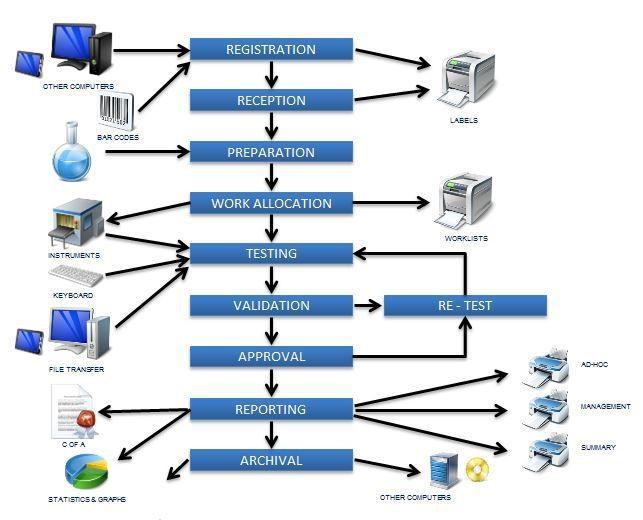 The specimen testing process happens at Instrument level, which is the brain of the whole system.

What Is An Instrument Interface?

An instrument interface allows a lab instrument, whether it is a hematology analyzer or a cytogenetics imaging, to communicate with the institution’s LIMS. The LIMS, in turn, forwards the patient results directly into an EMR, rather than requiring a technologist or clerical person to manually re-enter data. Hence, it is faster, more efficient, and less likely to cause errors.

Given that legacy systems function behind the closed walls of their networks, it is not feasible for them to look into each other’s systems in any easy way. Instead, what legacy systems have to rely on is packaging up different pieces of data into a text file, and transmitting it securely to someone else. The main content-standard for these files has been HL7 (Health Level 7), where 7 is the layer 7 (Application) in the OSI Model.

Prerequisites for an Interface

Analyzers capable of being interfaced to an LIS are found in all areas of the clinical laboratory: Bio-chemistry, Haematology, Urinalysis, Immunology, Microbiology etc.; mostly, all clinical instruments that are equipped with a serial RS-232 I/O port. Many new communication points like USB and TCP/IP port are also provided.

Here is a list of basic requirements to interface with instruments.

The instrument must be equipped with an active I/O port to which computer devices may be connected.

Operating system software is typically provided by a hardware manufacturer or a third party. It controls basic machine functions such as interaction with I/O devices, memory management, disk access, and creating the application software environment.

(i) RS-232 Serial Communication: These are the standards for communication with peripheral devices like clinical analyzers. The parameters that classify this category are:

(ii) ASTM Protocol: Standards for communication between laboratory analyzers and information systems have been defined by ASTM (American Society for Testing and
Materials). It aims towards simplification of connection between clinical analyzers and information systems. There are two standards that currently apply: E 1381-91 that defines
protocol and E 1394-91 that defines format/content.

(iii) HL7 standard: HL7 attempted to define a standard for communication between various parts of healthcare information systems (HIS), principally system-to-system communication. In the standard of their initial efforts, HL-7 became aware of parallel efforts at ASTM. While the HL-7 group is organized separately, the communication standard they have adopted is largely the work of another ASTM subcommittee within the E31 committee group.

Given that the HL7 FHIR is still under development, HL7 v3.x brings unnecessary complexities. HL7 v2.x remains the most widely adopted version. However, this version has a number of drawbacks, including security issues on almost all levels. Before HL7 V2, every interface between systems was custom made and required programming on the part of both the sending and receiving application vendors. Interfaces were expensive because there was no standard collection of patient attributes or standard set of ‘interesting events’.

Some forward-thinking, like minded, healthcare community members formed a volunteer group to make interfacing ‘easier’ – HL7 was born. It is critical to recognize that HL7 V2 was initially created by clinical interface specialists while V3 has been mostly created by medical informatists. Consequently, the initial use and focus for each standard is keenly different. 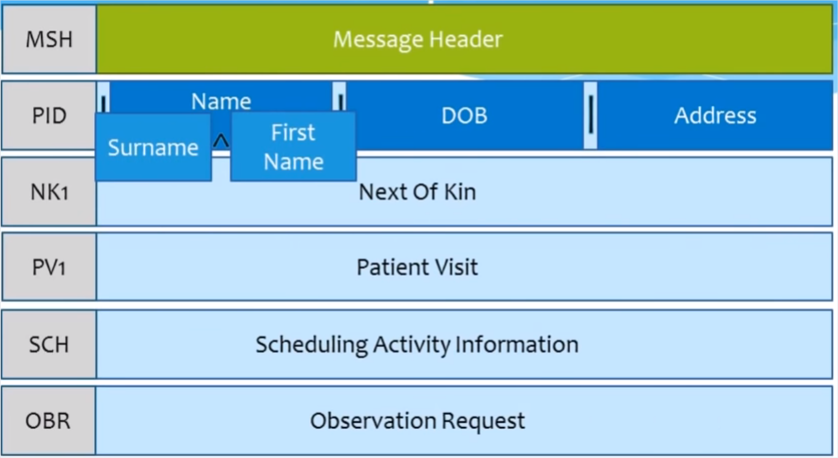 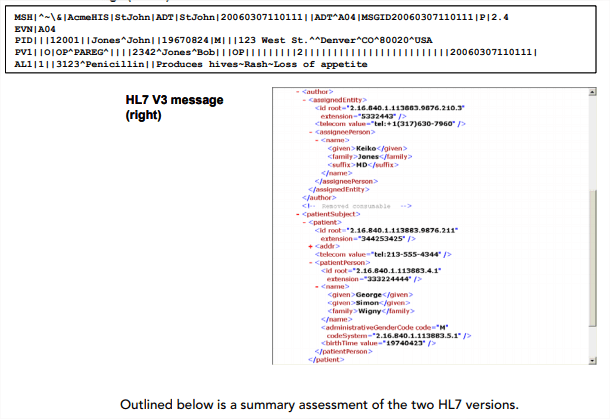 This is an open source, best HL7 parser and library for Java, named Hapi.

https://hapifhir.github.io/hapi-hl7v2/
Doing a parse a HL7 message and created one hassle free. 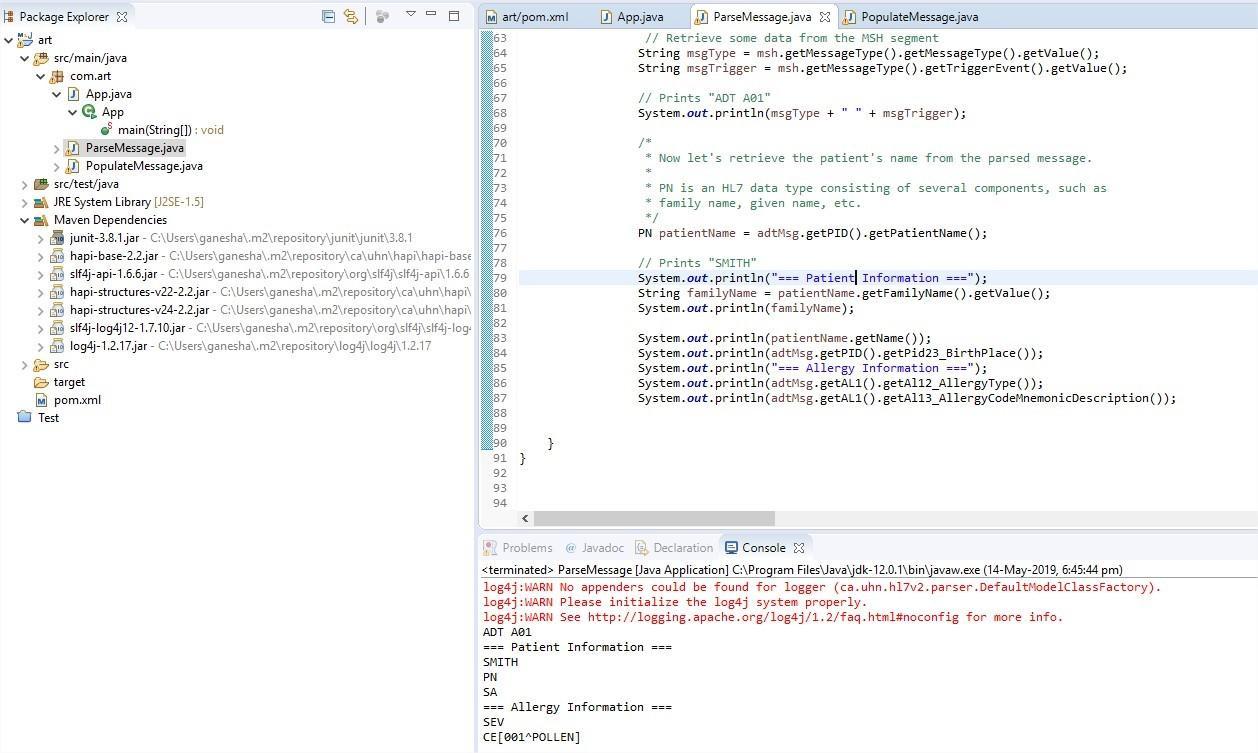 HAPI also comes with a TestPanel GUI, where we can simulate instrument interfaces with different ports. One can spot HL7 messages sent to a system and receive acknowledgement. 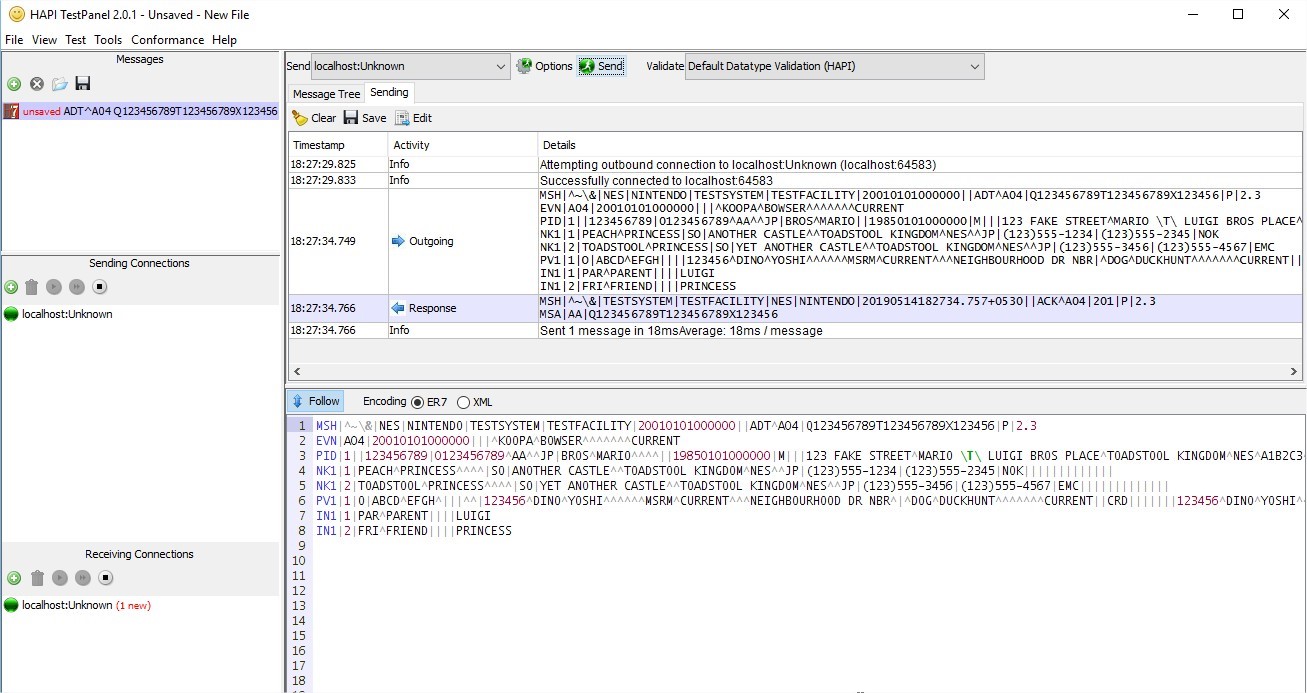 Consider any of the popular de-facto standards in use today: TCP, IP, HTTP, HTML, POP, telnet, Windows, or even the ASCII character set. They are all valuable because the user base has grown to multi-fold and the standards work in the real world. Similarly, the Network Effect for HL7 will increase with its usage in healthcare applications.

HL7 has recently embarked in the development of a new standard referred to as Fast Healthcare Interoperability Resources or ‘FHIR’. FHIR is a departure in both process and product from previous HL7 messaging standards such as HL7 v2 and v3.

HL7 FHIR combines the best features of HL7 V2, HL7 V3, and CDA, while leveraging the latest web service technologies. The design of FHIR is based on RESTful web services. This is in contrast to the majority of IHE profiles that are based on SOAP web services.