With exponential thinking, you can be the next Unicorn 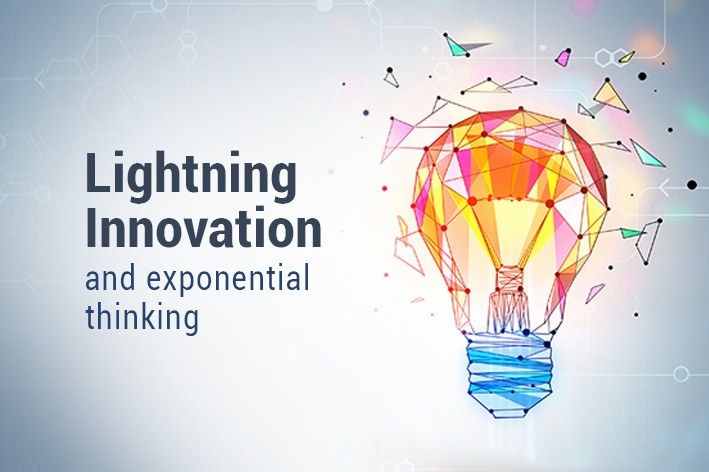 If you are not disrupting your business or industry, someone else is – Salim Ismail

In this blog, I would like to present some common characteristics of successful Unicorns/ExOs, and show a clear direction for existing ISV’s (software businesses) who wish to embrace exponential innovation and scale like Unicorns.

Rise of the Unicorns

Unicorns refer to venture-funded, privately held startups that are valued at $1 billion or more. According to WSJ and Dow Jones VentureSource, as of December 2017, there are 168 companies in The Billion Dollar Startup Club, and the top-10 list includes the following startups, some of which are globally known household names:

Is there a secret recipe for the success of Unicorns?

Every ambitious entrepreneur and business looking for exponential growth is seeking answers to these questions. While there is no one-size fit all kind ofapproach, across many of these successful Unicorns/ExOs, certain common characteristics standout according to a survey by Harvard Business Review ( HBR) :

Salim Ismail, founder of Singularity university and his co-authors stated in their influential work, Secrets of Unicorn companies:

“ It is our thesis that Unicorns have worked out how to scale their organization structures in a completely new way. Our name for this is Exponential Organizations or ExOs. The basic metric that we have established is that ExOs scale at a minimum 10x better than their peers in the same space.”

Research indicated that Unicorns not only have a product or service that meets genuine market demand, but they are also exponential organizations, which are at a minimum 10x times better than their peers in the same space, or offer 10x times improvement on status quo.

Similar to the study undertaken by HBR on Unicorns, this study of ExOs, uncovered many traits that are common to both. Research by Salim’s team indicated that there is a considerable overlap between them, and of the top 100 ExOs, 35 are considered Unicorns (I have used ExOs and unicorns interchangeably throughout this blog). This influential study has shed light on some key characteristics that are common across the bulk of ExOs, and discovered that they:

What can ISVs learn from Unicorns and ExOs?

Contemporary research has uncovered that successful Unicorns and ExOs :

“ demonstrated that there is a new way of doing business, that uses a combination of culture, technology, needs, and incentives to deliver innovative digital solutions at lightning speed, an approach defined aslightning innovation”

If you look at some of the successful Unicorns, it is clear that they targeted established domains and markets with innovations that outperformed established way of doing things, and more importantly didn’t involve huge technology risks, and often delivered immediate returns.

This offers some valuable lessons for existing ISVs, who in spite of having a high-level of technology and software competence, are unable to think or scale like Unicorns.  Very often, like other successful old economy businesses, ISVs are also organized in a hierarchical manner with linear processes. Unfortunately, this approach forces even successful ISVs also to predominantly focus on meeting immediate or prioritized customer needs, think narrowly, and act incrementally.

It is amply clear that in diverse domains, startups reaped rich dividends with lightning innovation, and there is no reason why established ISVs can’t emulate a similar strategy. ISVs that wish to break the straight jacket of incremental growth, and explore avenues for exponential scaling, will be well-served by adopting a strategy of lightning innovation with the following key traits:

Irrespective of whether you are an established ISV, new startup, or an old unicorn, you must recognize and acknowledge that the days of business as usual or incremental growth are gone. This is the age and era of exponential technologies and disruptive innovation, where speed and culture are of paramount importance. If your goal is to scale like a Unicorn or ExO, you must embrace an exponential mindset, leverage exponential technologies and adopt a lightning innovation strategy. Perhaps the ultimate proof that an old unicorn can also reinvent itself is Apple, which is well on its way to becoming the first trillion-dollar market cap company in the world!

“We’ve reached the end of incrementalism. Only those companies that are capable of creating industry revolutions will prosper in the new economy.”
– Gary Hamel November 2, 2017January 22, 2019Big-bang ICT transformation is passé. Innovation must be rapid, agile, continuous, and evolutionary
Borderless innovation in the age of visa restrictionsKiran Madhunapantula, COOApril 6, 2017May 14, 2019 April 6, 2017May 14, 2019Borderless innovation in the age of visa restrictions
Don’t blame the distributed teams if you don’t onboard the team properlySashikanth PochimcharlaJanuary 27, 2017April 28, 2020 January 27, 2017April 28, 2020Don’t blame the distributed teams if you don’t onboard the team properly
CATEGORIES